Thousands of people gathered in downtown Portland, Ore. to protest against President-elect Donald Trump's inauguration on Friday, Jan. 20, 2017. After gathering for speakers, the group marched through the streets, disrupting some traffic and, in some places, coming in contact with police. Photo by Randy L. Rasmussen, © 2017. 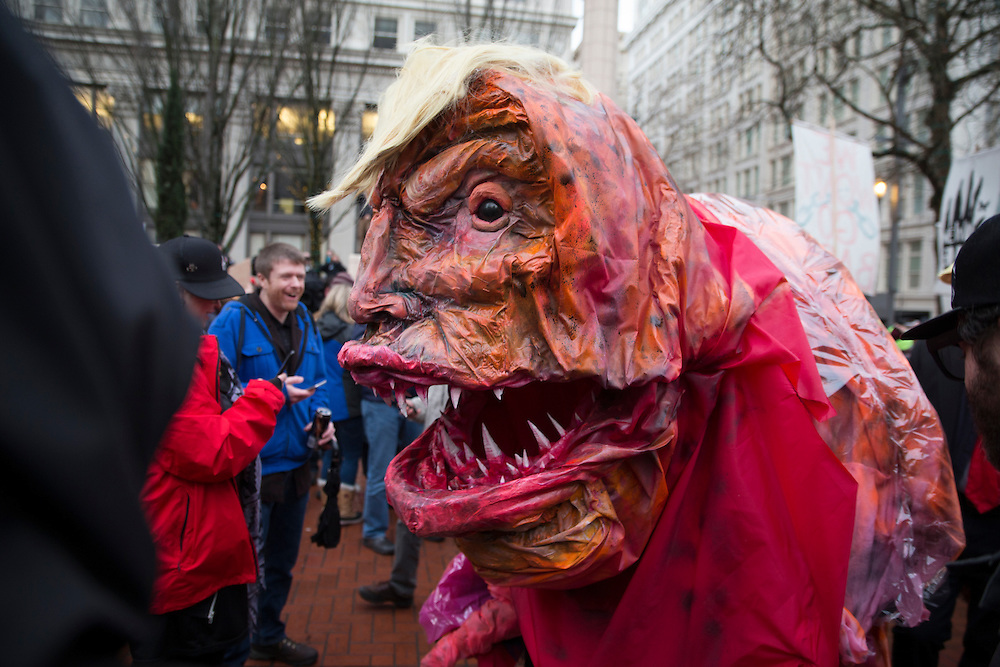